We’re partnering with Flinders University to support a project to relocate the endangered pygmy bluetongue lizard.

We’ve made some major moves to show our support to South Australia, from expanding our team to supporting the state’s pipeline of renewable projects by connecting the City of Adelaide and Pernod Ricard with renewable power, and even building our own solar farms.

Now, we can also show our support to some of the state’s most vulnerable locals – the pygmy bluetongue lizard (PBT). Flow Power is one of several organisations supporting the Flinders University project. Other partners include the South Australian Museum, Adelaide Airport, RES Power, the Department for Environment and Water SA, the Field Naturalists of SA, and conservation groups the Nature Foundation and Conservation Volunteers Australia Enterprises.

So, what exactly does relocating the PBT lizard involve? Take a look below to find out. 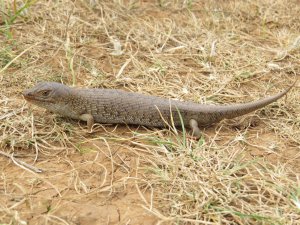 The project will be administered by South Australian’s Flinders University Associate Professor in Biodiversity Mike Gardner, who has been involved in researching the species for the last decade, alongside a team featuring Dr. Mark Hutchinson and Dr. Terry Bertozzi from partner organisation South Australian Museum, and Dr. Stephanie Godfrey from the University of Otago (NZ).

Their goal is to successfully trial establishing a new PBT population in an area of South Australia which currently doesn’t have the lizard — in a suitable environment within the southern edge of their range. The timeline for the project is set for five years, allowing researchers to monitor generations of the PBT.

The majority of sites that support populations of PBTs are north of Adelaide, across the mid north of the state ranging from Kapunda in the south, to Peterborough in the north. Initially, the relocation won’t move more than 10% of the source populations. The translocation is a trial, to understand how to move lizards successfully at a small scale first before this is required due to climate change impacts.

These lizards will move to a purpose-built site on farmland near Tarlee. The farmers were happy to help, as one owner has a fond connection to the PBT from childhood, attending school in Burra — where the species was rediscovered in 1992.

Having ample time for a project like this is key to its success. Luckily, the species isn’t under immediate threat.

“There’s lots of species that get moved at the last minute as a last desperate attempt to save the species, let’s do something now when we’ve got the chance to actually find out how to do that properly in the species, and that’s going to inform us for other species that probably need translocation in the future as well”, says Gardner. 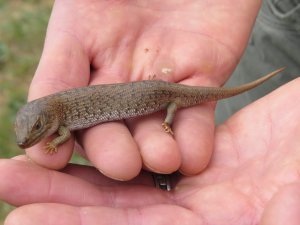 A successful translocation requires survival of the translocated lizards and recruitment of offspring. Researchers will be able to track PBTs after the relocation to monitor their health and if, and when, they reproduce. The researchers will have the PBTs individually marked and take genetic samples to be able to analyse who has reproduced, who has survived and over time, know the numbers that persisted.

One of the success criteria is reproduction, and then getting the next generation to reproduce as well.

“If we can get them through to a couple of generations, we think we’ve had good success in translocation”, says Gardner.

Climate change is a big threat to many species including PBTs. The lizards can’t find new suitable habitat on their own and with future predictions of warmer temperatures across their current home, many populations are at risk of extinction. The long-term future of the PBT will rely on moving lizards to areas south of where they currently live.

Building on our relationship with South Australia

The project has a considerable amount of ground support with a team of dedicated volunteers from partner organisations, the Conservation Volunteers Australia and The Field Naturalists Society of SA, to prepare sites to receive PBTs.

Partner organisations will not only support the project from research and funding, but also aid with community awareness and public interest. As a project partner, we’re excited to be powering the conservation of the PBTs.

This is another step in our commitment to South Australia. Since 2019, we’ve expanded our office, launched our Building Intelligent Demand Response program to help SA businesses save on energy costs, and are well on the way to building our Coonalpyn and Streaky Bay solar farms.

For more information on the research being done by Assoc. Prof. Gardner head to gardnerschwarzlab.co 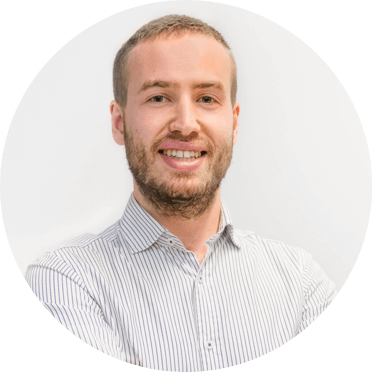 On the Spot: Sustainability drivers